Founded in 1999 Mute Comp. Physical Theatre hit the ground running. The company has wowed audiences with their subtle and figurative performances through a fresh and accessible movement style that embraces all genres and moods – from slapstick comedy to dark melancholy. Mute Comp. Physical Theatre has won a number of prizes and awards and is at the forefront of the Danish dance theatre scene.

Mute Comp. Physical Theatre is founded in 1999 by choreographers, dancers and actors Kasper Ravnhøj and Jacob Stage. The company creates a number of ensemble works and is granted several Danish and international awards. The company tours nationally and internationally in countries including Sweden, Norway, France, Bulgaria, Lithuania, Ireland, Syria, Macau, the US, Russia and Egypt among others. In addition, the company engages in other activities such as teaching, workshops and master classes, network meetings, dance film productions, part-taking in other artistic projects, choreographic consultation etc. 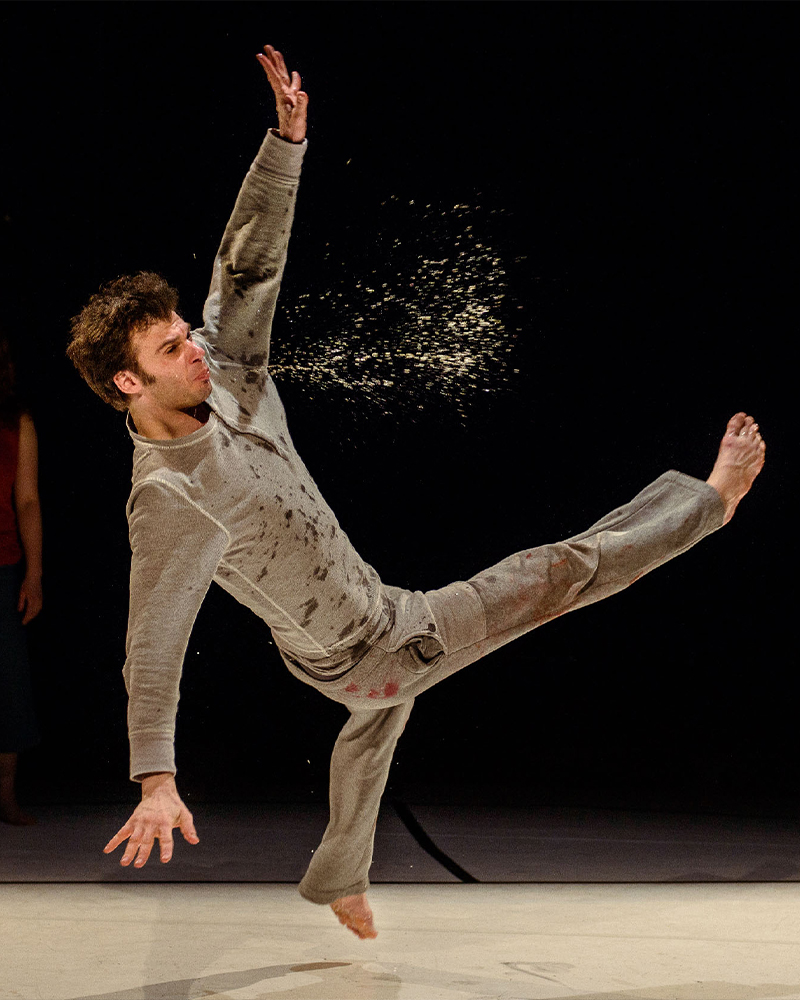 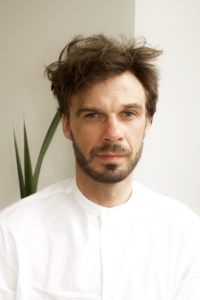 In 2014 he creates the choreography for the Reumert-winning performance ´Metamorfoser´ by The Red Room, The Danish Royal Theatre.

A performance by Kasper Ravnhøj is a dance theater experience in the intersection of dance, live music, performance, hard core physicality and slam poetry – often with comic relief added to the mix. The work reflects Ravnhøj’s eclectic worldview and his personal fascination with modern man’s excellent ability to stumble and fall. On the basis of contemporary culture (and often with a political or socially critical backdrop) his work revolves around recurring themes such as existence, mythology, religion, the human drive and the darker sides of life.​

Kasper Ravnhøj casts musicians and performers with different training, background, nationality and physicality. And rather than conforming them he mobilizes their individual strengths and characteristics. The result is densely layered and carefully weaved together montage-like performances , contrived of a network of images delivered with a powerful physical energy.

Kasper Ravnhøj has won great acclaim both as a choreographer and as a dancer. His characteristic movement vocabulary carries an intense presence, an extreme flexibility and floating limbs that seem able to twist in any direction, even inside out.